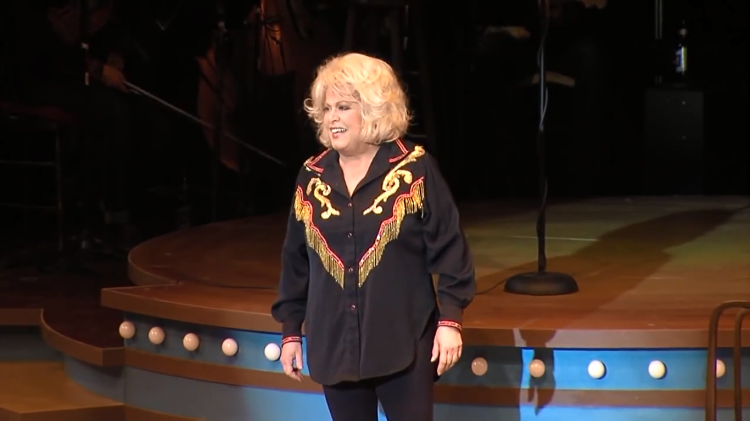 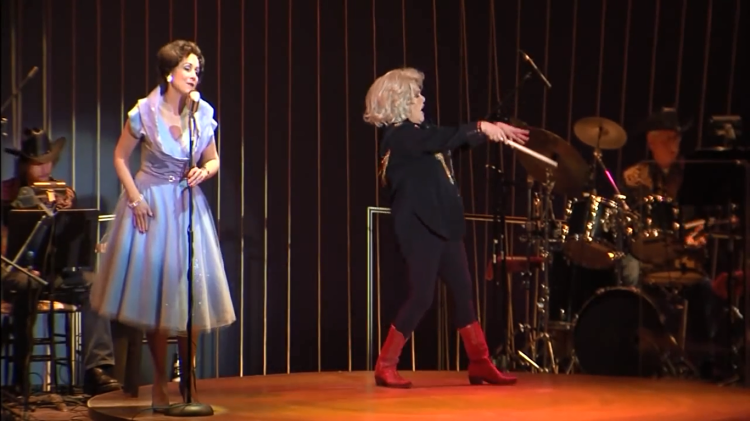 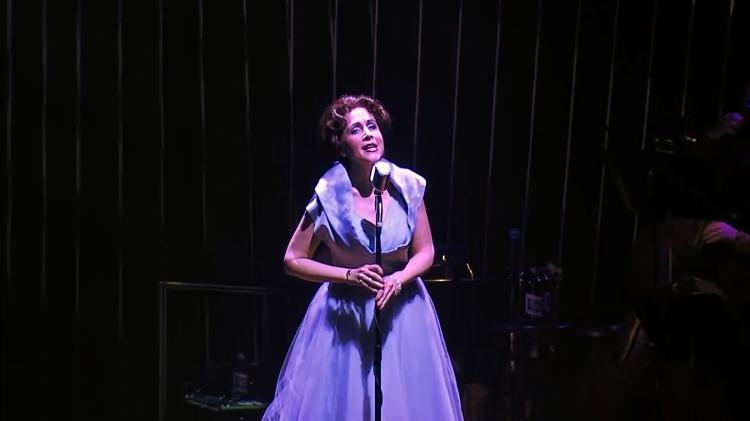 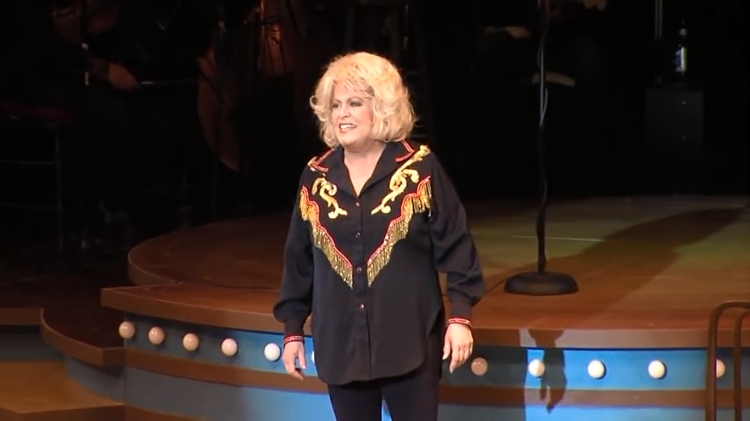 “Always…Patsy Cline” is more than a tribute to the legendary country singer who died tragically at age 30 in a plane crash in 1963.  The show is based on a true story about Cline’s friendship with a fan from Houston named Louise Seger, who befriended the star in a Texas honky-tonk in l961, and continued a correspondence with Cline until her death.

The musical play, complete with down home country humor, true emotion and even some audience participation, includes many of Patsy’ unforgettable hits such as Crazy, I Fall to Pieces, Sweet Dreams and Walking After Midnight…27 songs in all.  The show’s title was inspired by Cline’s letters to Seger, which were consistently signed “Love ALWAYS… Patsy Cline.”

PATSY CLINE: THE LADY, THE LEGEND

On September 8, 1932 a very special little girl entered this world.  Her given name at birth would be Virginia Patterson Hensley.  Many years later, the world would come to know her as County Music sensation- PATSY CLINE.

At a very early age, young Virginia was able to showcase her talent when her mother entered her into a tap dancing contest.  Virginia not only won the hearts of the audience, she also won first prize at the contest!  She then took an interest in singing and began performing with her mother in the local Baptist Church choir.  At the age of 16, she decided to leave school in order to help financially support her family due to the fact that her father had since abandoned them.  Virginia worked at Gaunt’s Drug Store in Winchester, VA as a “soda jerk” in order to help provide a stable home for her Mother as well as her younger brother and sister.

One morning, Virginia eventually found her way the local radio station WINC.  She asked the Disc Jockey- “Joltin’ Jim McCoy” if she could sing on his radio show.  Jim agreed and she began singing regularly with his band, which often featured local talent.  During the early days of Country Music, gingham and lace were pretty much the standard attire for “girl singers”.  Virginia had her own style and a body that you’d usually only see on a movie star.  Her mother, Hilda Hensley, was a wonderful seamstress and would hand craft some of Virginia’s most famous stage costumes.  Virginia would design them herself and then show the sketches to her mother and Ms. Hensley would create western stage clothes that would rival Nudie’s Rodeo Tailors in North Hollywood, CA.

In the early part of 1953, at the age of 20- she would also meet two very important men that would change her name and her career path.   Virginia married Gerald Cline and also met a man named Bill Peer, who- for a short time, would become her manager.   Bill decided “Virginia Hensley” was not really a “star” name.  He took her mother’s maiden name of “Patterson” and shortened it to “Patsy”.  He also decided in favor of her newly acquired married name and came up with the stage name that would forever be associated with one of the greatest female vocalists of all time- Patsy Cline.

The year 1957 contained many important milestones in Patsy’s life.  She would divorce husband Gerald Cline and also find the song that would help make her a household name.  Patsy appeared on “Arthur Godfrey’s Talent Scouts” on January 21, 1957.  Against her own desire, she sang a song she considered “Nothin’ but a little old pop song” and was asked to wear something other than her trademark western attire.   The song, “Walkin’ After Midnight” not only drove the audience wild, it also became her first big hit.  It became a #2 Hit on the Country Music Charts and even became a #12 hit on the Popular Music Charts.  After her tremendous win, she was also entitled to a one week appearance on Mr. Godfrey’s show and was also invited back on several guest appearances.  In the early spring of that year, Patsy would also meet the man that would become the love of her life…and future husband, Charlie Dick.   Very shortly after they met, Charlie was drafted into the U.S. Army in March of 1957.  Eventually the two would marry in Winchester, VA in September of 1957.

During Charlie’s time in the service, she performed occasionally at local events, while her time in the recording studio became minimal.  Towards the end of summer in 1958, they welcomed their first child- daughter Julie.  Once Charlie had completed his two year service in the U.S. Army, they moved to Nashville, where she was asked to join the world famous Grand Ole Opry in 1960.

After a brief hiatus from singing, Patsy headed into the studio to record another gem that would again become one of her signature songs entitled “I Fall To Pieces”.    As the weeks went on, this song climbed the charts and it looked like Patsy finally had another hit.  More excitement came in January of 1961, when she and Charlie welcomed their second child- a son named Randy, into the family.   As Pasty was enjoying Motherhood and the success of a chart climbing single, she and her brother were involved in a head on collision while driving to a local store.  Patsy was thrown into the front windshield of the car and suffered severe damage to her forehead, arm and hip.  While she recovered from her near death experience in the hospital, “I Fall To Pieces” hit #1 on the Country Music charts.  Once she was able to perform again, she toured across the Nation with some of the top stars of the day.  It was around this time she also began wearing wigs, some say to hide the scars from the accident but it is more likely that she wore them in order to make getting ready for her performances on the road a little easier. While wearing wigs, Patsy had the freedom to constantly change her look as well as not have to worry about finding a hairdresser in each and every town while on tour. She also changed the style of her dresses to suit her new found success with the “Nashville Sound”.  Gone where those gorgeous western dresses Patsy had worn earlier in her career.  Her mother was no longer sitting in front of the sewing machine attaching leather fringe and felt steer heads on to her daughter’s dresses.  Instead, Ms. Hensley would lovingly create fine, hand sewn lace over silk dresses in several different designs and colors that would reflect Patsy’s new style as well as showcase her hourglass figure.  Patsy also stopped wearing her trademark cowboy boots and began wearing high heeled, sequined pumps.

1962 was a banner year for Patsy as more hits followed each time she entered the recording studio. Patsy Cline had come a long way from her first taste of fame after winning “Arthur Godfrey’s Talent Scouts“.   By this time, she had recorded several hits such as-”Crazy, She’s Got You, Heartaches, Strange, Imagine That, Leavin’ On Your Mind, and So Wrong”.   Patsy won just about every major award at the 1962 DJ Convention, including “Star of the Year”.  She toured with Johnny Cash and George Jones; she played the Hollywood Bowl and Carnegie Hall.  Patsy even headlined her own show in Fabulous Las Vegas Nevada in December of 1962.  Patsy was finally living her dream.

On March 3, 1963 she played a benefit concert for a DJ that had lost his life and left behind a wife and children.  Patsy along with several other members of the Grand Ole Opry performed in Kansas City at the Memorial Hall to a capacity crowd.  However, not everyone that wanted to see the show got in.  After noticing the large crowd still waiting, the idea for a second show that would again benefit the DJ’s widow and family was presented.  Patsy had a slight cold but agreed to a second show.

They never made it home.

After her death, Patsy’s recordings continued to sell and she still won major awards years after she passed.  One of the greatest honors she would ever receive was her induction into the Country Music Hall of Fame- located in Nashville, Tennessee.  She was the first female solo artist inducted into this elite group of stars.

The album “Patsy Cline’s Greatest Hits” has sold over TEN MILLION copies and is listed in the 2005 edition of the Guinness Book of World Records.  Patsy holds the honor of “Most weeks on the US charts for an album by a female artist of any genre in history.”  At the time, the album had spent a total of 722 weeks in the Billboard Music charts and during that period- the album held the No. 1 position for almost FIVE YEARS total!   Among some of her recent achievements, Patsy has earned a special Grammy Award for “Lifetime Achievement” and was also ranked #1 by CMT in their countdown of 40 Greatest Women In Country Music History.  She was also honored by the United States Postal Service with a stamp in her likeness. Patsy Cline also has the honor of having the #1 Jukebox Hit of all time for recording of “Crazy”. She has a street named after her on the Universal Studios lot in California and even has her very own star on the world famous Hollywood Walk of Fame.

FOR QUESTIONS OR OTHER INFORMATION CONTACT US AT
JOAN@TEDSWINDLEYPRODUCTIONS.COM
OR CALL US AT 203.223.2054

“We sold the six scheduled performances and three added performances before we even opened. The two additional performances were sold well before they opened and we had a waiting list if we had added a 4th weekend. Guess you get the idea that we were ecstatic with the success of this production. It is a great show and our patrons loved it.” -- Lynn Benson, Southwest Iowa Theatre Group